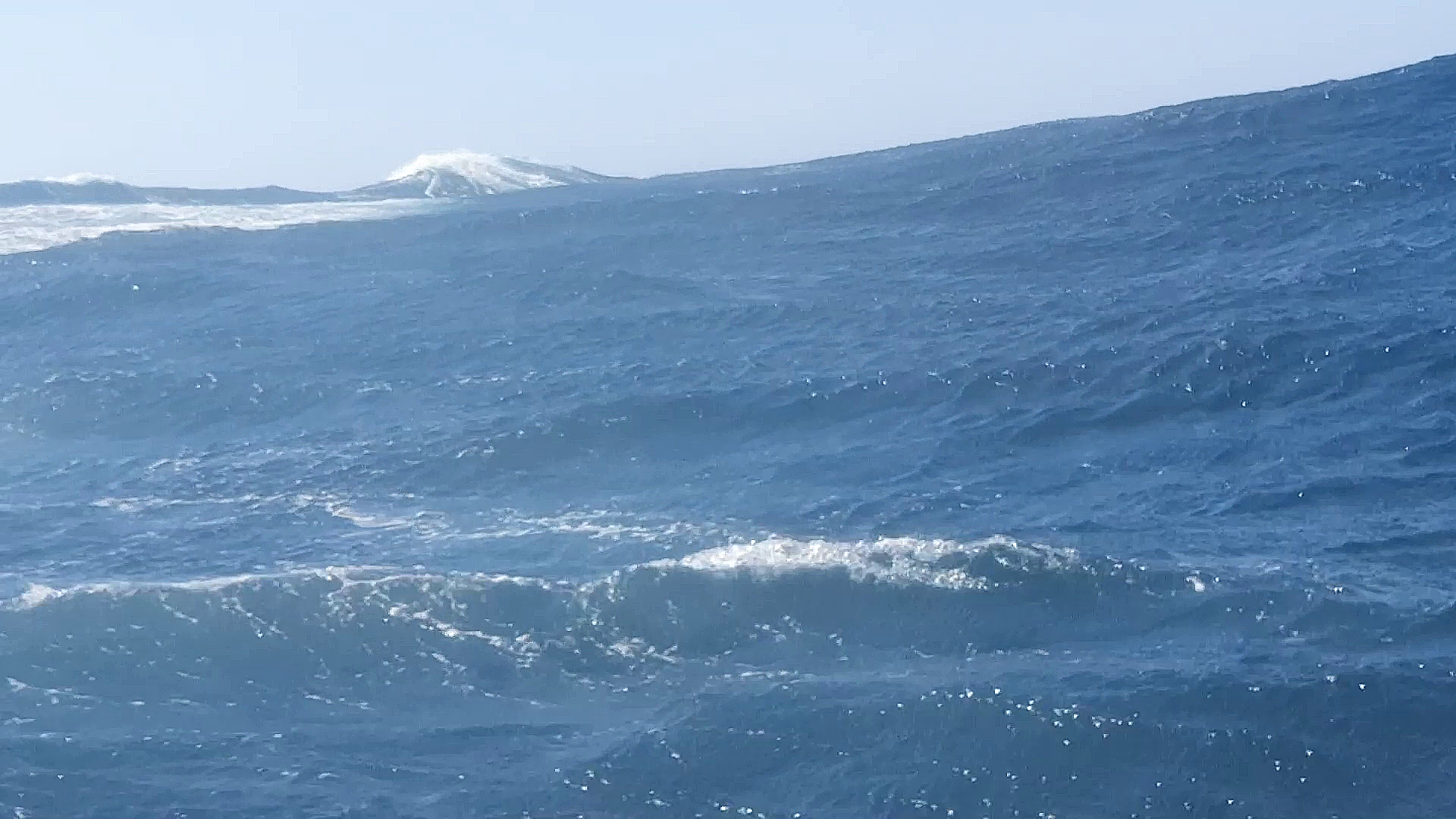 This is the minimum requirement for sailing pensioners: that they cross an ocean. At least one. Better three, then they could call themselves circumnavigator.

This simple world looks much more complicated with a damaged ship and broken self-confidence. Already the crossing of the Bay of Biscay seems to me like a summit tour, three days of loneliness, uncertain outcome. Strictly speaking, one crosses an ocean here, the Atlantic Ocean, but only a little bit, scatching its edge. Where the seabed rises from 4000 meters to 200 meters of the continental shelf, the bay between France and Spain is notorious for monstrous waves. What if a stay breaks? The steering system fails? I navigate wrong?

The Kingdom is closed

The weather has been lolling in the highs for days. Only in six days from now the forecast predicts strong winds off Spain. But can a weather forecast look six days ahead into the future? I’m setting sail from Cherbourg. I sail through the Channel Islands with rapid tidal currents (Alderney Race), am prevented from anchoring in the British island Sark by radio call. Corona rules the world, the United Kingdom is closed, and this also aplies to foreign ships desperate for sleep at anchor.

At the Brittany coast I sail into a wall of fog, which reminds me painfully that my radar is not working. At midnight, finally the Ile d’Ouessant emerges from the haze, the last piece of France. A warship next to me quickly deposits ammunition in the ammunition dump area, then leaves me alone.

When weather sticks to forecasts

Everything goes well. Almost everything. Of course, the weather forecast was definitely able to look six days into the future, and near Spain, strong winds of seven Beaufort hit me. The waves are short and poisonous, although I have long since crossed the notorious continental shelf. Reykja staggers like drunk through three to four meter high surf. That is surf that looks down on me when I am standing upright in the cockpit.

Reykja is doing a good job. I have reefed sails to the max, let Reykja self-steer itself, and do nothing actively but be afraid. There is relatively little breakage, the spinnaker boom holder is suddenly gone and the engine does not start, killing an 80 amp fuse. Peanuts in a life, in which otherwise something breaks every day.

To avoid corona bureaucracy in Spain, I sail on non-stop to Nazaré in Portugal. This is the place with the notorious 30-meter wave for surfers. If someone has to be afraid, I try to treat myself, let it be others..