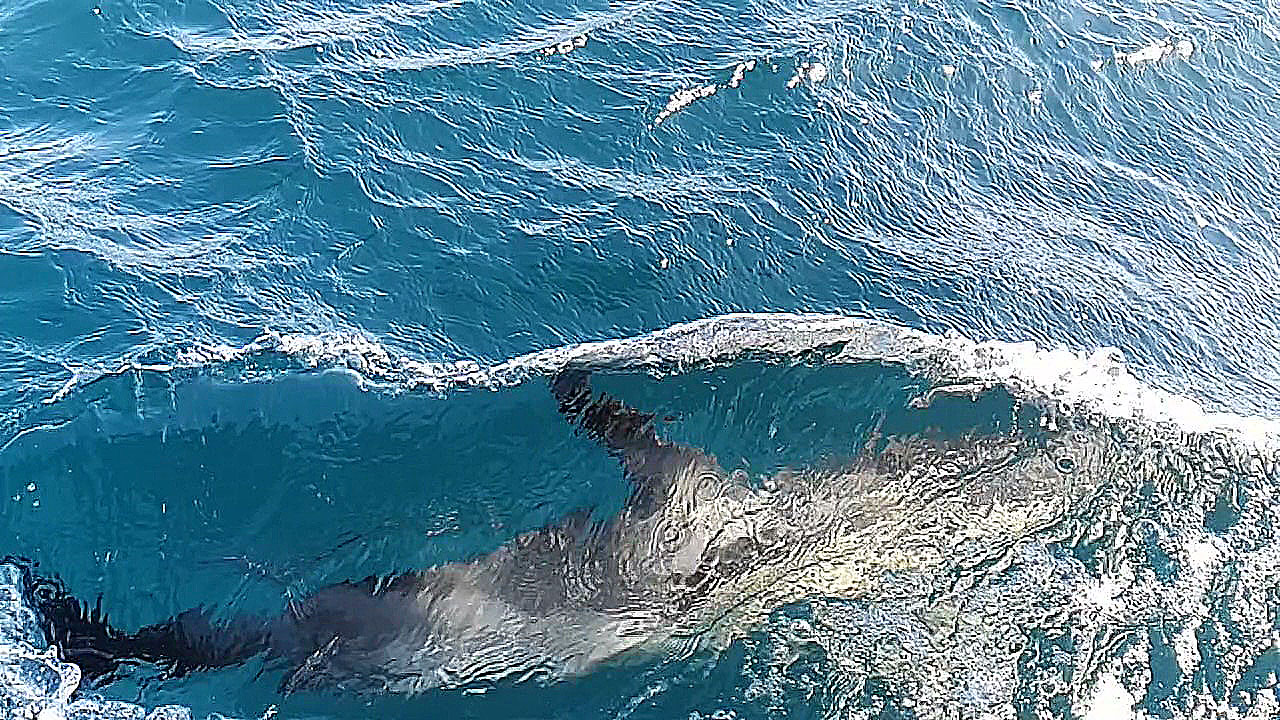 It’s quiet. The engine is switched off. No breeze curls the water. Reykja drifts across the dark ocean. I want to sleep for a few hours. Suddenly a deep snout. Then breaths from everywhere.

It knocks me over.

I’ve seen dolphins in the past few days. Hearing them is something completely different. With my eyes, I see bizarrely playful fish dancing around my boat. Funny. Whimsical. Strange. But the ears revel the close relative.

He breathes. Like me. No longer fish. It belongs to the same species. There is not much missing. Can he sigh? Or cry?

I ask Google why dolphins dance around my boat.

I am puzzled as to how they leave all their dolphin things when they hear my boat approaching. With high speed, jumping again and again, they look for the bow wave of Reykja. Are they hunting? Do they pair up? What do they like about the ship? They don’t seem to care whether it comes along under sail or with a loud engine.

Some swim on their backs. Belly to belly. Others jump out of the water at the same time. A small dolphin swims completely synchronously over a large one. When I lean overboard, open eyes look back. It seems that the more I pay attention and talk to them, the longer they stay.

Google doesn’t want to talk to me about such questions. That’s what kids ask. “Delfins are very curious. In addition, dolphins are playful,” knows wissen.de. “The marine mammals are particularly sweet, particularly mischievous, particularly friendly – and also particularly intelligent,” proclaims the geolino tierlexikon. Only stern.de argues adult: They are exclusively male dolphins, it quotes a Brazilian skipper, who would try to distract the boats from pregnant females.

I’m baffled. Is that really it? Where are the tons of scripts and dissertations in which biologists explain to me exactly the attraction of the bow wave? I have probably searched the wrong way.

Maybe I don’t want to know? Does it even need the scientific explanation?

Here I meet strangers. Very close. And I react. Asking. Stunning. Taken in.