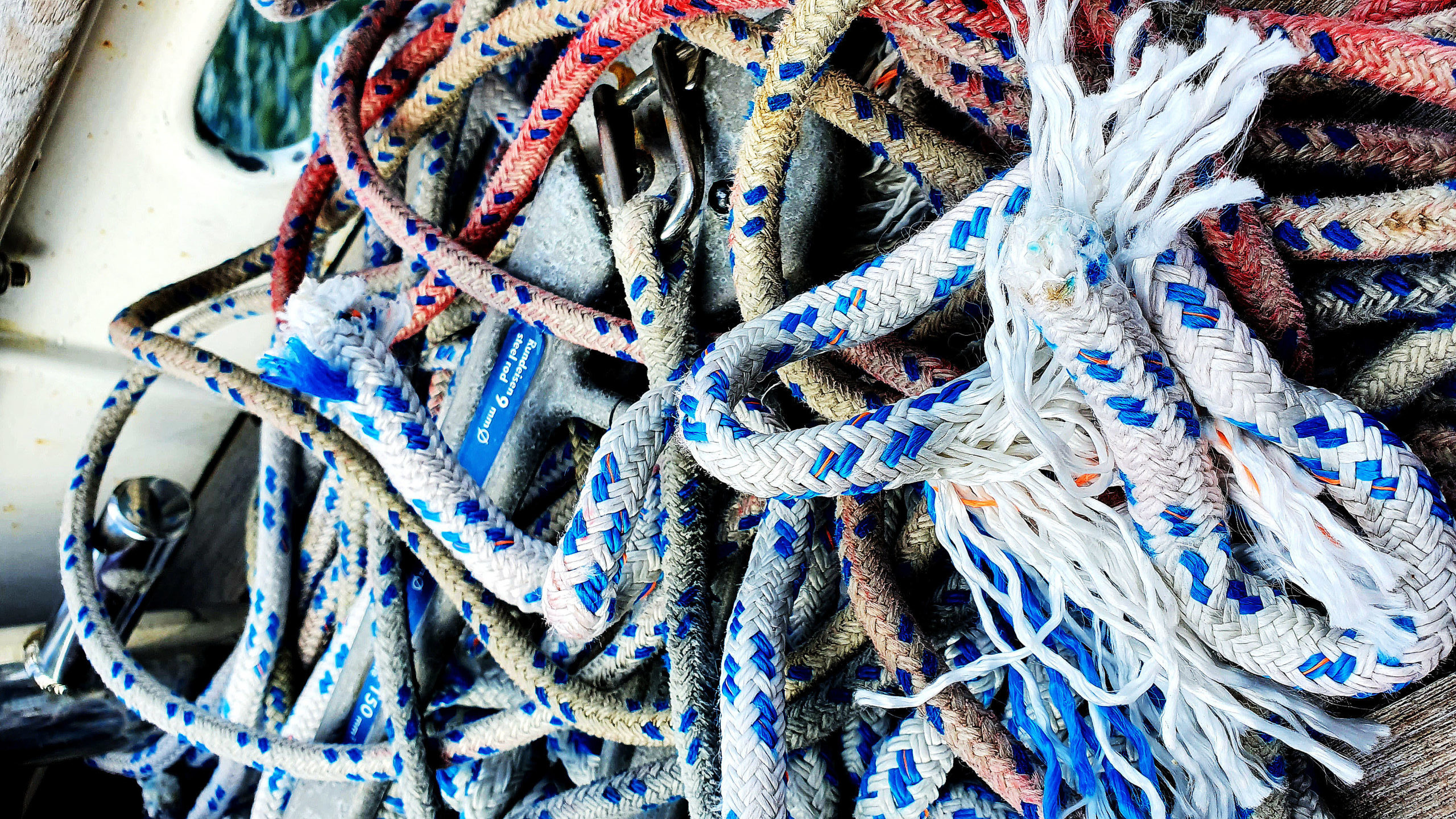 A travel must contain dramas. Why else should we have started?

Ideally, the dramas come well-dosed. Here a missing sap, there a clogged filter.

If many dramas occur at once, the traveler switches to survival mode. Eyes closed and get through. When everything is over, he or she may realize: I am traumatized. These were too many dramas.

The southern North Sea is in itself a drama. Large parts are TSS, Traffic Separation Schemes. Only large commercial ships are allowed to sail here. Sailing ships force their way between the coast, the shoals and the one-way streets of the TSS. To complicate matters there are shipping routes to ports, such as Rotterdam, which cut the sailing area across. Then “Maas Control” switches on by radio and gives you the route, including wishes for the speed. Under sail, that’s one thing… As if that weren’t enough, huge wind farms are paving the area. There are rules on how to drive them through. But at night the crossing is forbidden. The room is cramped under sail.

Finally, there are shallows in the middle of the canal, which we did not take so seriously in the zeal of the battle on the map. The wind has increased, strong winds, seven Beaufort, gusts up to 40 knots, the waves are high. Suddenly they become towers. We are above a shallow, only five to ten meters of water under us. As if that weren’t enough, at this very moment the jib is ripping out of its holder, the groove. With deafening bangs, their sheets beat the railing slacks until they break. On the rolling and swaying foredeck, one hand on the ship, the other on the bolt cutter, I cut down sheets and halyard and try to pull the fock out of the water. Contrary to expectations, I succeed. I slacken the fock on the railing and rob to my fellow sailors in the safe cockpit.

Then there is a bang and the main sheet detachs from the boom. The free main sail is pushed forward on the shrouds. The ship is almost incapable of manoeuvring, we can only run flat on the wind.

How we made it from the shallows to the marina of Dunkirk is still a piece to wonder about. It only worked because we both remained calm and concentrated, despite the night sailing through.

The trauma came after that.

Can we trust a ship in which parts that are relevant to safety break under difficult conditions? Or was it up to us? Was the jib too big for strong winds, the man sail too little reefed? Should we have planned the route better, away from the shallows? Should one rather lie in the harbour with seven Beaufort, even if the wind – finally – comes from the desired direction?

The incident becomes the turning point of the journey. I begin to distrust the ship. How can I sail across the Atlantic in this way? How can I continue sailing like this? The drama remains – as trauma.

My fellow sailor disembarks one week later. He cannot imagine crossing the Bay of Biscay in this way.