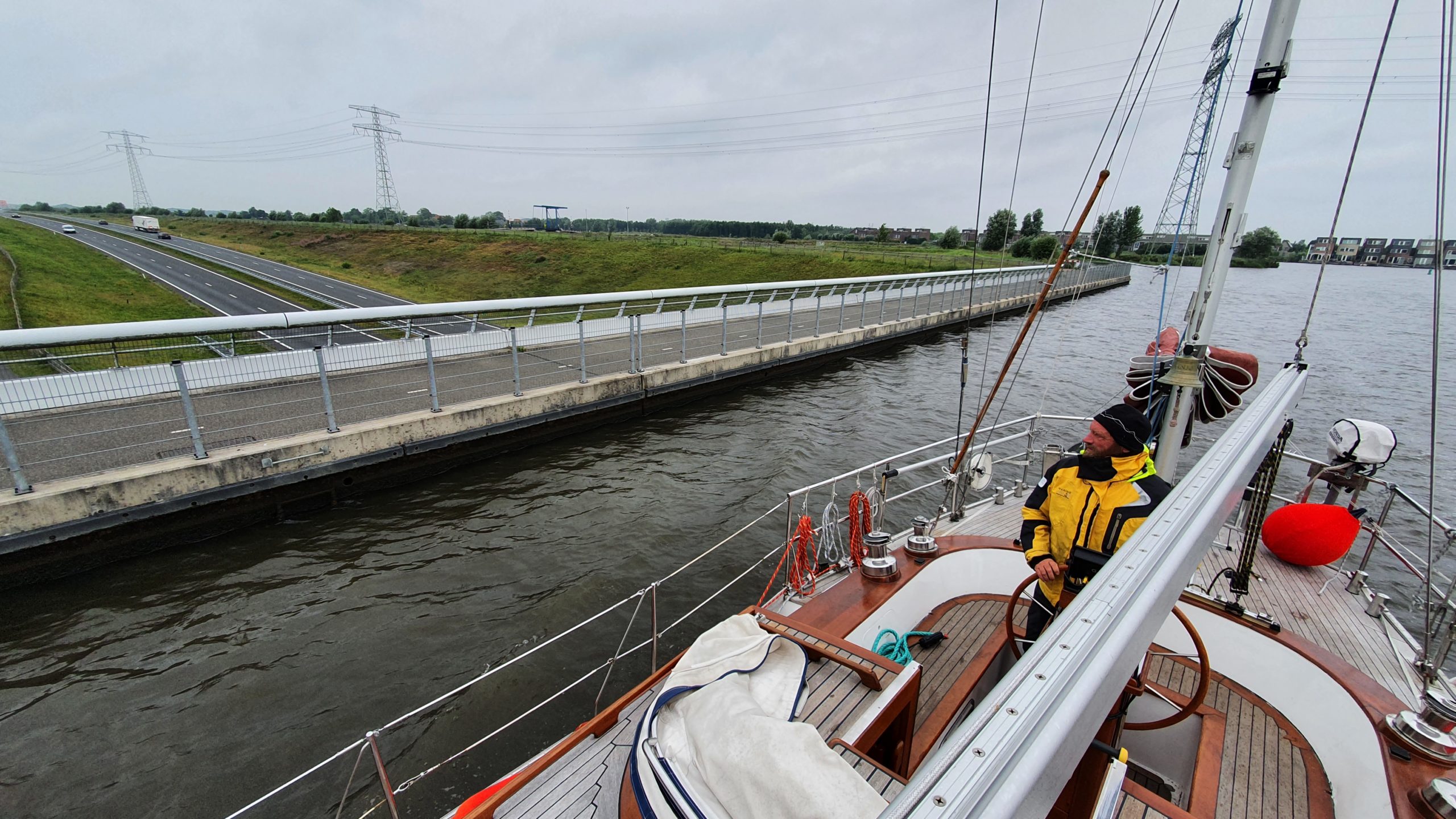 Sail a fully rigged yacht over Dutch fields. Pass through more than fifty bridges. Cross the city centres of Groningen, Leeuwarden and Amsterdam. Look down on highways. Enjoy locks until falling over.

We hadn’t planned this tour. But a storm was in the making, the North Sea did not seem a good place to be. The detour over the mainland seemed a better idea.

The route is beautiful. And it has two drawbacks.

Firstly, it drags on endlessly. We don’t manage more than 30 nautical miles a day, which results in five nights, six days of travel. Admittedly, one night was double, due to the storm and eight Beaufort of wind. So it could have been five days. And that was only the northern part of the route, from Delfzijl to Ijmuiden.

Second disadvantage: The draught of the ship should not be greater than 1.85 meters at normal water level. Reykja has 1.90 meters. Of course, we only became aware of this detail when we were already driving on the route. There was a hairy moment when we almost couldn’t move forward in the mud of the Reitdiep. Almost. In the expected critical locations, the Dokkumer Grootdiep, the sonar showed 2.20 meters. If it was set correctly.

In any case, we did not notice anything there.