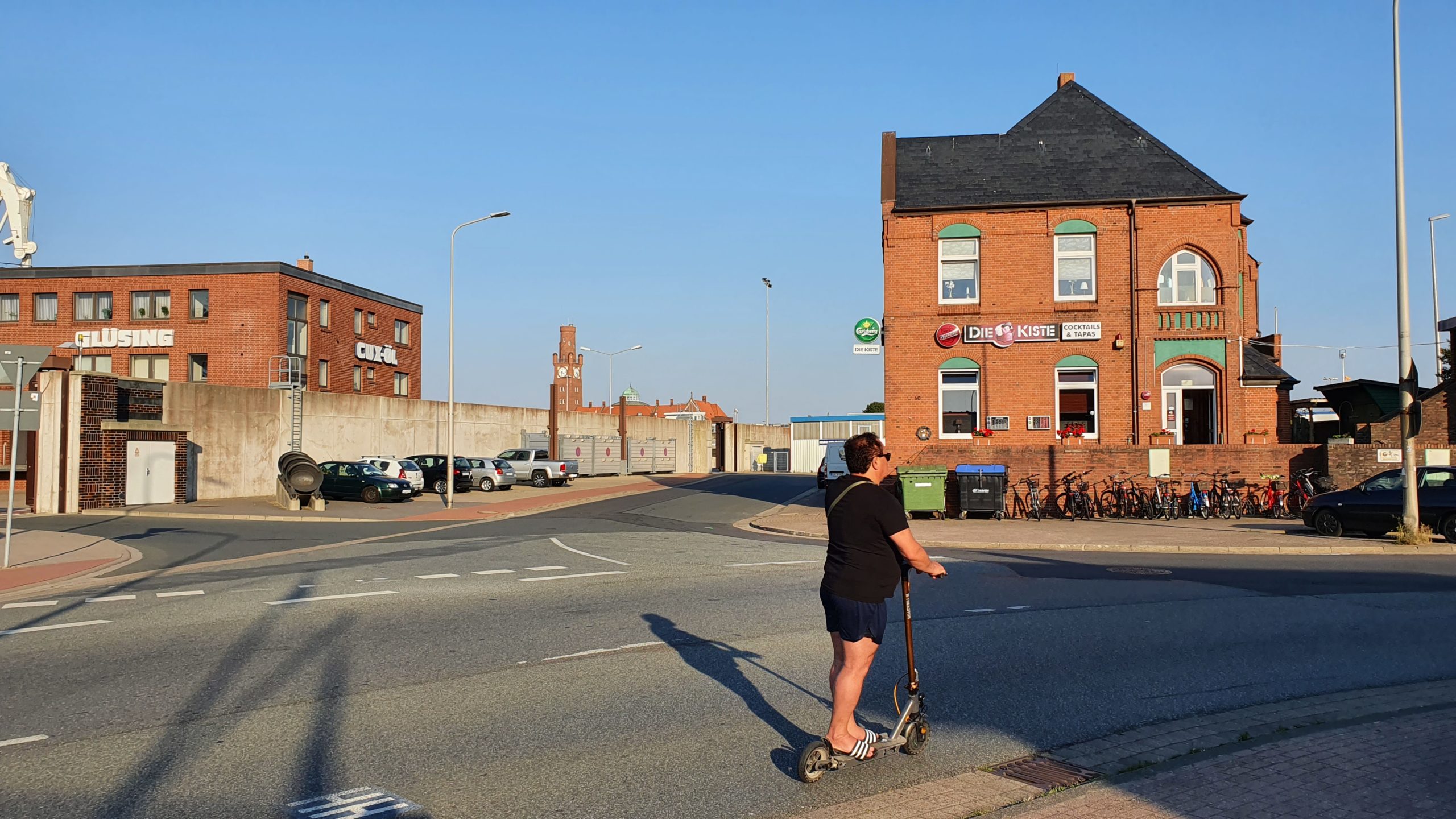 Big circumnavigators start in full stress. When Wilfried Erdmann picks up his Kathena Nui from the shipyard in August 1984, it is nothing more than a casco, a hull. Two months later, he starts fully equipped for the first non-stop circumnavigation of the world of a German. Donald Crowhurst is less happy. The Golden Globe Race he starts 31. October 1968, the latest possible date, when he had driven his trimaran just four days of probe. The boat should never really make it. First Crowhurst tries to falsify the route, at the end he goes into the water.

Judging by these dramatic role models, I failed miserably. I don’t get on the track in the first few weeks. On the non-stop route from Fehmarn, around the Skagerak, in the direction of Hamburg, the diesel filters clog up within ten minutes in the swell. Diesel plague. Bacteria or fungi that form from the organic parts of the modern diesel fuel. Without engine no landing, nowhere. No trip across the Elbe with its high freight traffic, no further sailing to the south.

Trying to understand the problem

With luck I sail up to one nautical mile in front of the “Old Love” in Cuxhaven and start the engine to land only there. The forecast of the local boat- and shipyard is devastating. They propose to remove the 600-kilogram, thirty-year-old Ford-Lehman engine, drill holes in the keel and manually clean the tank with swipes from the plague. The costs would be massive, the consequences for the ship and engine unpredictable.

I can’t sleep anymore. Have I bought a ship that can no longer be repaired technically? Do I have to invest all my money, which is intended for five years of travel, in a new engine, new gearbox, new screw shaft, new carpentry, new deck salon?

Shipyard manager Jonas and I decide to proceed cautiously. The shipyard drills a 10 centimetre wide hole just in front of the engine, so that you can look straight into the keel. There is a two centimetre thick layer of sticky, brown mass. With mobile phone and camera we see almost two meters far. Dirt where the eye reaches. Behind it, the keel continues, but a bulkhead blocks the view.

The shipyard cleans what they see. We screw the lid on it. I drive under motor towards Hamburg.

After four hours on the Elbe, the engine dies. With luck I can anchor just next to the channel. I replace pre-filters and two diesel filters and start again. The engine is running. But for how long? With heart palpitations I drive to Hamburg. Once in a lifetime I want to dock with my own ship next to the Landungsbrücken. It is impossible to imagine what if I had to anchor here. “Elbe Control”, the radio control center, is unlikely to flare for long, would tow me away and send a proper bill for sabotage of an industrial city. But I succeed.

Return to Cuxhaven. Second attempt. Shipyard operations manager Jonas proposes the radical cure: drill a second, small hole under the screw shaft. From there, spray the other half of the keel with water. Hope that the steel will not rust during this treatment. Several hundred litres of water we suck out of the ship. A dirty, smelly broth. I could only howl at the sight. It seems inconceivable that this tank can ever be clean again.

Trying to solve the problem

The episode with the diesel plague becomes a journey on the spot. Cuxhaven, of all places. I’ve never been there before. In the ice cream café, the local woman with the pug starts to throw air kisses. Day after day we penetrate the interior of the ship, which was never meant for eyes to see it one day.

Cuxhaven is filled with a voyage of its own. The meaning of my future as a pensioner. Was it right to buy this ship? Did I overreach myself to no end? Financially? In terms of my craftsmanship?

After a total of three weeks of repairs, we fill in diesel. Surprise: It’s milky, but only a little bit. With my fellow sailor we start on the North Sea. After Borkum, on the Ems in Delfzejl, we turn into the Staande Mastroute. Thirty hours through Dutch canals and rivers to Amsterdam and Ijmuiden. Without sails.

The engine is running.